If you’ve been following Katerina Diamond’s Grey and Miles series you certainly won’t be disappointed in The Promise, fourth in the series. If you haven’t read any of the earlier books in the series it’s best to start with The Teacher, but The Promise works well as a complete story in itself.

In the opening chapters a young woman, Erica Lawson, is found strangled, sexually assaulted and bleached clean; then it happens again to another woman. When a third body is discovered, Grey and Miles know they’ve got a serial killer on their hands.

The book is written in three interweaving parts:

– A back story, almost in diary form, of a young woman first meeting her boyfriend who becomes very abusive. This part of the story, at first, doesn’t seem to have much relevance to the main story but later on, it is the key main part.

– The return from America of Connor and his abusive father. This kid is such a mixed up, angry and impassioned character. Diamond writes so competently about the mental complexities of teenage children.

– Present day in the busy run up to Christmas, with Imogen Grey and Adrian Miles desperately trying to stop further murders which they know will take place if they don’t catch this serial killer. These two have come a long way since The Teacher in their own individual relationships as well as their working partnership.

There’s never a dull moment, hardly a chapter end you want to stop at even to go to bed. Katerina Diamond has fast become my favourite crime writer and I just know I will love every book she writes. 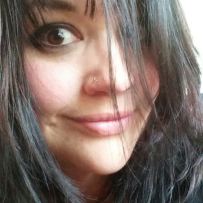 The Imogen Grey & Adrian Miles series, in order (so far.)