Emily Klein doesn’t know her husband Greg is dead until the day of the funeral. From her hospital bed, she doesn’t yet know that she killed him. Once home and beginning to recover from the dreadful car crash, she sees her husband at a distance, in coffee shops, around town and in his car, yet when she gets home the car is on the drive.

Posts appear on his Facebook account and she begins to get text messages from him, it can only be him as he’s the only one who called her Alice when her name is Emily. She thinks she’s losing her mind and the reader is reminded of her past when  she was in a mental institution after killing her father.

The book switches back to her childhood home with her sister and their abusive father. We get an idea of Emily’s mental state and the reason behind her spell in a mental institution. Emily’s sister is key throughout the story giving support when she’s just lost her husband. Most of the story is in present day, just a few switches to childhood as memories resurface.

Emily’s friends are all under suspicion of imitating Greg and she doesn’t know who to trust or believe. There are several twists and jaw-drops before all lies are revealed and unravelled at the end. 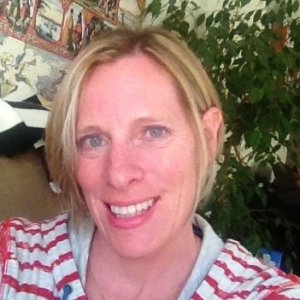